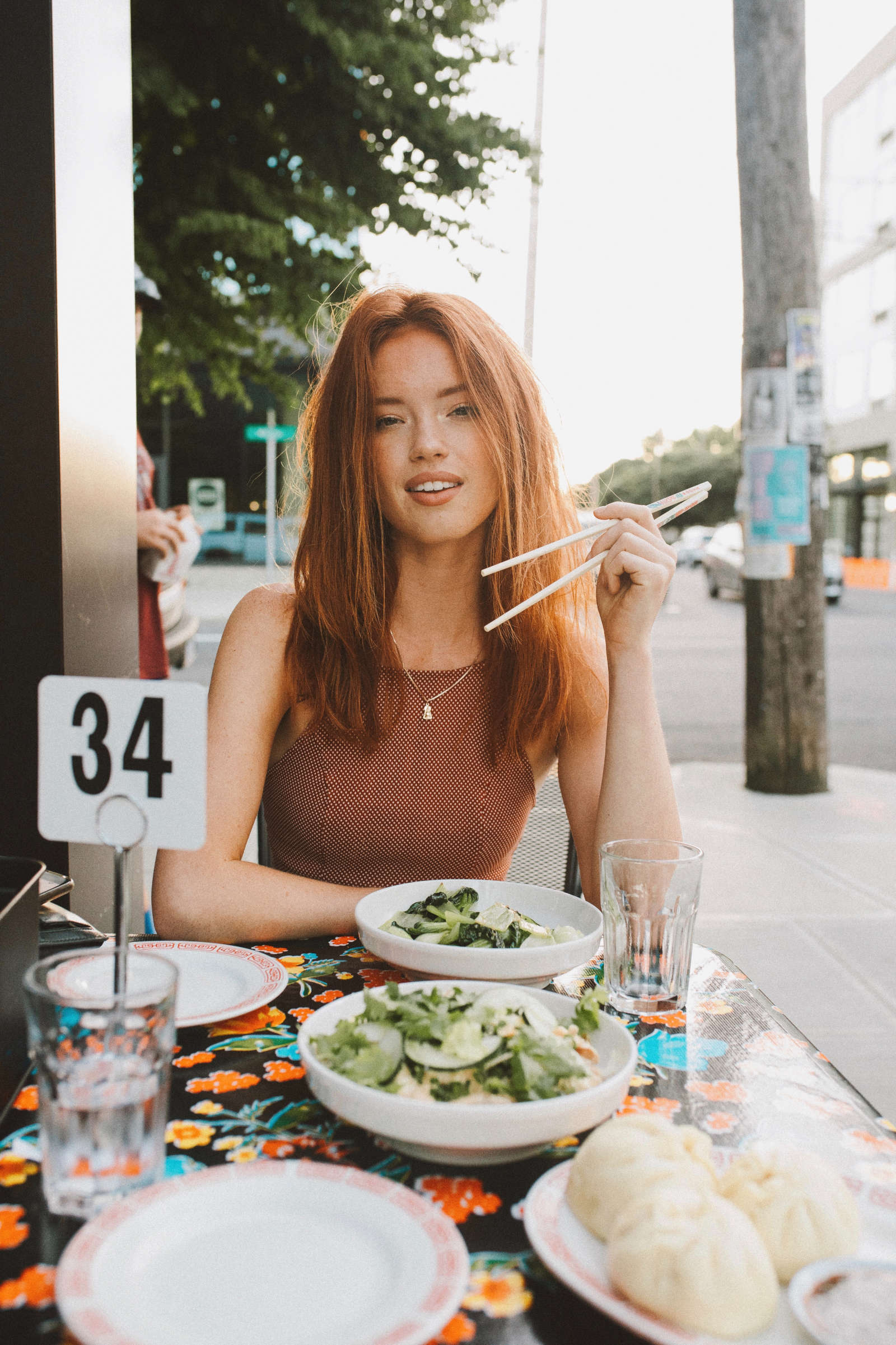 13 Thai Spices Every Chef will Love

Thai cooking is full of exciting and unique flavors and spices. Interestingly enough, it can be difficult to find true Thai flavors and ingredients unless you are in Thailand, at the source itself. Perhaps you are searching for Thai spices buy online?

Today, let’s take a look at the major Thai spices, herbs, and seasonings that can elevate a cooking experience, as well as oils and pastes that complement these rich Thai flavors. We’ll discuss the importance of these specific ingredients in Thai food and how you can get authentically sourced spices from Thailand for yourself.

Keep reading to learn about what types of seasonings give Thai food its distinguishing flavors!

The Essentials of Thai Flavors and Cooking

Thai food has a variety of factors that make it unique, even from other Southeast Asian foods. However, it does carry some of its traditions as inspirations from other food cultures, such as Indian food and Chinese food. Thai spices and herbs have a few distinct influences from Malaysian and Southeast Asian food.

For example, one common Thai dish is curry, which has origins going back to India, but it has also spread among other Southeast Asian countries in their food cultures. Thai stir-fried and fried dishes, such as noodles and rice, carry some of their influence from Chinese food culture.

Hot chilies are one of the driving forces behind Thai spice, and the intense, heat-packed flavor is a common thread in many Thai dishes.

There are a plethora of spices Thai kitchens make use of, and in many cases, a lot of spices will get used in the same dish.

Thai basil is actually native to Southeast Asia. It’s mainly used for its distinct sweet and anise- or licorice-like flavor, although it can also carry a bit of spice. You’ll commonly find sweet basil used in Thai curries, such as green and red curry. You can tell it apart from other basil varieties because it has purple stems extending from its green leaves.

Sweet basil is also common in Thai food, just as Thai basil is. However, it tends to not have spice and doesn’t hold up as well when cooked thoroughly. It has a more pungent, sweet smell, and it carries a taste similar to anise.

Lemongrass is most commonly used as a flavor in Thai curries or dishes like yam takhrai kung sot (a Thai prawn salad). It has a tart flavor – hence the lemon in its name – but can become bitter if left in curry for too long. East Indian lemongrass plants are actually native to Thailand.

Cardamom – specifically, green cardamom pods – are commonly used in Thai kitchens, like for Thai curry pastes. Known as “elleteria” pods, the green ones are smaller than other varieties and have a strong taste and smell consisting of sweetness and resin. Green cardamom pods are one of the most expensive spices to buy by weight, and they’re left intact (not ground up) for better flavor.

Bay leaves used in Thai kitchens are usually Indian bay leaves, as opposed to European bay leaves. They’re used either dried or fresh in Thai food. But you don’t want to directly consume this spice. It should get removed from the dish after cooking.

This is a flavor you’ll find in the majority of Thai dishes. It complements flavors like ginger and basil really well.

Onions are one of the most common ingredients you’ll see in Thai dishes, especially those that include other vegetable medleys. You might also see shallots, which we call Thai red onions when it comes to Thai cooking. Onions make great flavor bases.

You might not expect to find cinnamon in Thai food, but it is commonly used for Thai beverages (like teas and coffees), as well as curries and pastes. Sometimes, cinnamon is also included in Thai spice mixes.

One of the common uses for lime is in Thai curry pastes of different varieties. It’s more common to see the use of Kaffir lime leaves for traditional Thai dishes, as opposed to lime juice. However, both get used in Thai kitchens, as well as the zest in some curries or when used as one of the Thai spices for chicken.

This mixture of spices includes prominent Thai flavors, such as garlic, basil, peppercorn, coriander, Thai chilies, ginger, lemongrass, cinnamon, cumin, and cloves. It’s a blend of spices that is commonly used for applying to dishes with meat.

Looking to get your hands on many of the above spices at once? Look for our Thai Spice Gift Set here.

Thai food employs a lot of pastes as well. Thai pastes and Thai curry pastes are more concentrated, including several spices, and they blend a lot of flavors to use as the base for a lot of spicy Thai kitchen dishes.

Also known as kapi, shrimp paste is a type of Thai chili paste that packs a tart and spicy punch. It’s commonly made with fermented shrimp paste (made of tiny krill), lime juice, and chilies, and it’s used as a flavoring base in a lot of Thai foods.

Panang is a paste used in Thai dishes that provides a strong and spicy flavor, with influences rooted in Malaysian cooking. You may also see it spelled like Phanaeng. It is a red Thai curry with lime zest, ginger, lemongrass, dried chili peppers, cumin seeds, and a few other flavors. One dish you might eat this curry paste in is pork panang.

Curry pastes are very common in Thai kitchens, and green curry paste is no exception. Instead of red chilies, this paste uses green chilies, along with flavors like garlic, lemongrass, shallots, shrimp paste, citrus juices, and ginger in some cases. For dishes, cooks will typically fry the paste in split coconut cream until the oil gets expressed.

Red curry paste is another Thai kitchen staple item. It’s very similar to green curry paste but replaces green chili peppers with red ones. For those who don’t like incredibly spicy curry, you may opt to use bell peppers to neutralize this paste. It’s used for curries, stews, soups, condiments, and more.

Yellow curry paste is brightly colored with turmeric root. It also has yellow chilies in it, which contributes to the distinct coloring.

It has a lot of similarities to Indian curries, and it contains ingredients like lime juice, coconut milk, brown sugar, shrimp paste, lemongrass, cinnamon, garlic, cumin, galangal, and more. It’s one of the more complex curry pastes made in Thai kitchens.

Cooking oils are also important in achieving the right Thai flavors, depending on the dish. That’s why Thai kitchens rotate a multitude of different types of cooking oils.

If you’ve ever eaten the dish pad thai, then you are well aware that Thai food is no stranger to using peanuts as a flavoring agent. Peanut oil is good for frying and stir-frying things like noodle dishes in Thai kitchens.

Coconut oil gets used alongside coconut milk in making Thai curry dishes. Coconut plants are abundant in Asia, so the accessibility of this oil makes it great for cooking in Thailand.

Southeast Asia is where real palm oil comes from most of the time. The benefit of cooking with palm oil is that it has a higher smoke point, which means it won’t lose its integrity or flavor when put under high heat.

How to Fill Your Kitchen with Sugar and Spice Flavors from Thaiand?

It’s hard to get true and authentic Thai flavors in your cooking without the help of spices, herbs, oils, and pastes that come from Thailand itself. This is why it’s important to buy these vast and complex flavors from a trusted Thai kitchen like ours.

Our spices and ingredients blend the most special Thai flavors that make the cuisine so unique. Combining spice, sweetness, tartness, bitterness, and saltiness into dishes roaring with flavor, cooking Thai food can get so much better with the help of our ingredients.

Join Our Newsletter for Updates and Unique Finds from Thailand